Caribou back from Thanskgiving 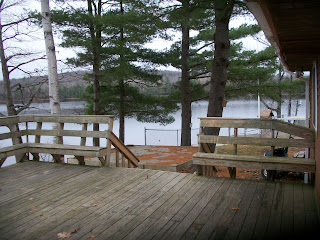 We hope everyone had a Happy Thanksgiving.  Caribou is now back in the swing of things, rocking and rolling.  IT’S GREAT TO BE BACK.  Over Thanksgiving, the entire Lerman clan got together up in Gloucester Mass.  Bobby L. flew in from LA for the festivities.  He is doing real well!! He just joined a running group called the Santa Monica Mountain Goats and is continuing to tutor college students in Spanish.  Talia, soccer staff member in ’09 & ’10, just got back from a year long travel adventure.  Talia worked for a Grass Roots soccer program in South Africa.  She had an amazing time and is psyched to be back in the USA.    The Wayland headquarters is at full capacity right now.  Bill is back from camp after working on the new tennis courts.  Lori is doing great, she actually has been dreaming about being at camp lately and really misses it!!!  Stella is gearing up for the snow season!!!  Rotman is strapping into the ski’s this weekend for the first time this year and heading up to Killington.  And Martha says “its cool to be nice at Camp Caribou” and says “Hi” to all.

The pic to the left was taken last week by Frankie. Thanks Frank!!

Camper News: Jay Maxwell is playing loads of Tennis and competing in tons of tournaments.  Micah G-L who started playing soccer this summer with JRob and RRS, has made his schools soccer team and they are currently undefeated.  Barber has been getting his music on, playing the drums, the bass, and the guitar.  Now only if we can get that this summer, our campfires are going to be rocking.  Obvislouly we love hearing from you guys, so keep us updates.

Take care and have a great end of the fall season!!!